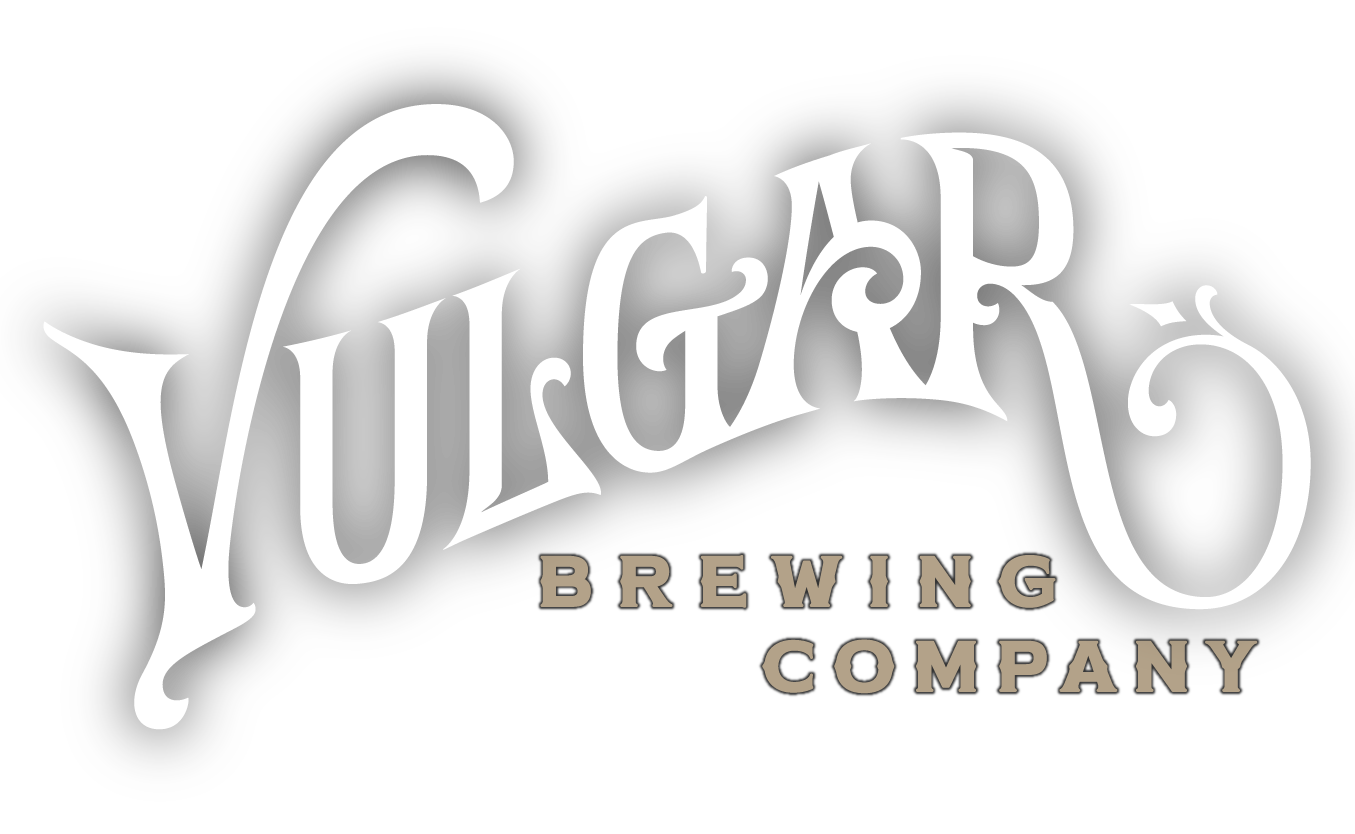 Because beer makes the best stories

Vul·gar – /ˈvəlɡər/ adjective from the Latin vulgaris, from vulgus meaning ‘common people.’ Specifically, it refers to something not in the style preferred by the upper classes of society and characteristic of or belonging to the masses.

Vulgar Brewing Company was founded in 2018 by Jason and Shelly Harrington and Damon and Megan Lewis. We met in a homebrew club while living in Texas and found that we were all kindred spirits: passionate about good beer and food, and a little nerdy and vulgar.

Jason started homebrewing in Texas in 2009 and used Vulgar Brewing as his homebrew name (more on that later). He went on to work for Deep Ellum Brewing Company in Dallas, Texas before relocating to New Hampshire.

Damon had been brewing since 2002 and did very well in homebrew competitions, amassing nearly 30 awards, including some national awards at the 2009 National Homebrew Convention. That same year, he and his brew partner took home 2 gold medals, a silver, and a bronze, and were first runner up for Best in Show that year. The duo were named the North Texas Home Brewers Association’s Homebrewer of the Year and the Lonestar Circuit Homebrew Team of the Year in 2009. It was a great year for their brewmance. 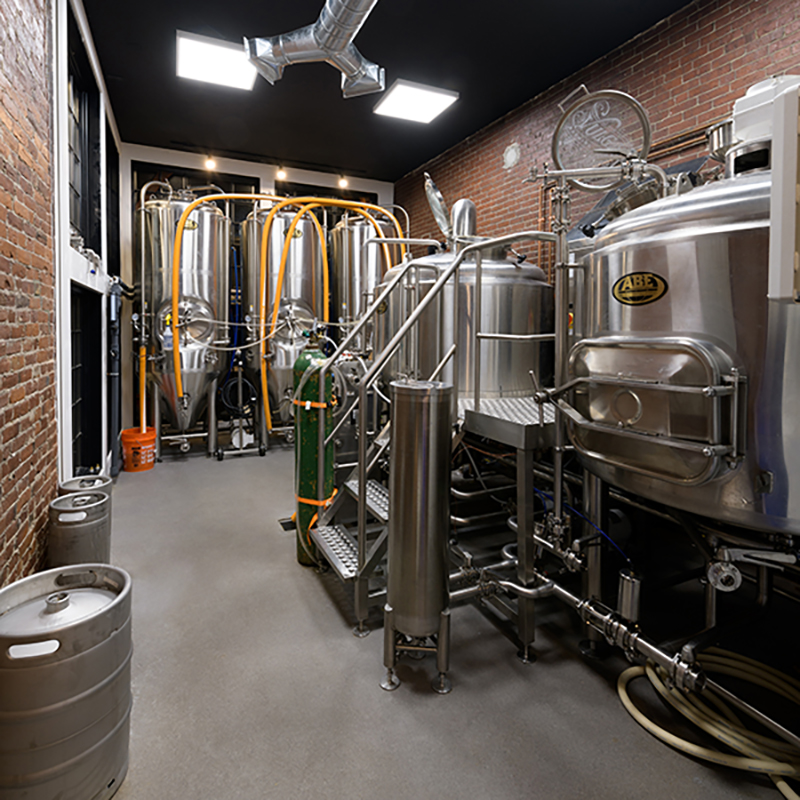 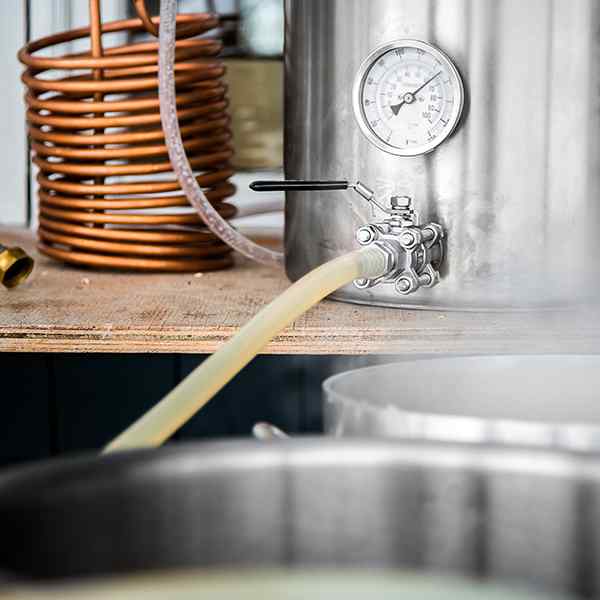 Even all those years ago, there was some low-key discussion about opening a brewery together one day. But life took us in different directions, as it often does. Damon and Megan helped start a brewery in East Texas in 2012, which took home a gold medal at the Great American Beer Festival in 2013 for a Belgian Dubbel. Jason and Shelly moved to New Hampshire in 2013 to pursue a teaching opportunity, but the dream of opening a brewpub was always there.

It was in New Hampshire that the Harringtons met Marty Parichand and learned about Mill City Park and PermaCity Life. That’s when the idea really started to take shape. They started looking for possible locations in Franklin and the surrounding area that would work for a small brewpub, initially dismissing our current location because it just seemed like too much of a challenge: too small, in really rough shape, with a red “shed” slapped on the front. Once work was done on the buildings’ facade and we played around with a layout, it became clear that this quirky space could be exactly what we wanted.

Damon and Megan visited New Hampshire a couple of times and fell in love with the natural beauty and history. All four of us were really excited about the plans for Franklin and the opportunity to be part of the revitalization of this beautiful town. The stars aligned, so to speak, and here we are!

So why did we decide to call the brewery Vulgar Brewing Company? As we mentioned, Jason had been using the name for his homebrew for years, but the name is inspired by his family.

When asked to describe Jason’s parents to people who don’t know them, Shelly sometimes uses the word “vulgar”. They are open books with their thoughts and opinions, and not afraid to share them. And sometimes that includes colorful language. Talking with them leads to many entertaining stories, laughter, and a relaxed feeling that says “you are welcome here.” In other words, his family isn’t fancy or pretentious; they are just down to earth, regular people.

One of our favorite things about the craft beer industry is that it makes it possible for you to get to know the people brewing the beer you are enjoying. Often craft breweries become a hub and gathering place for the community and we think Franklin will be no exception. We sincerely hope you all stop in, share some stories, laugh, and get to know your neighbors over a pint or two, brewed right here on Central Street. Nothing fancy but the flavor. 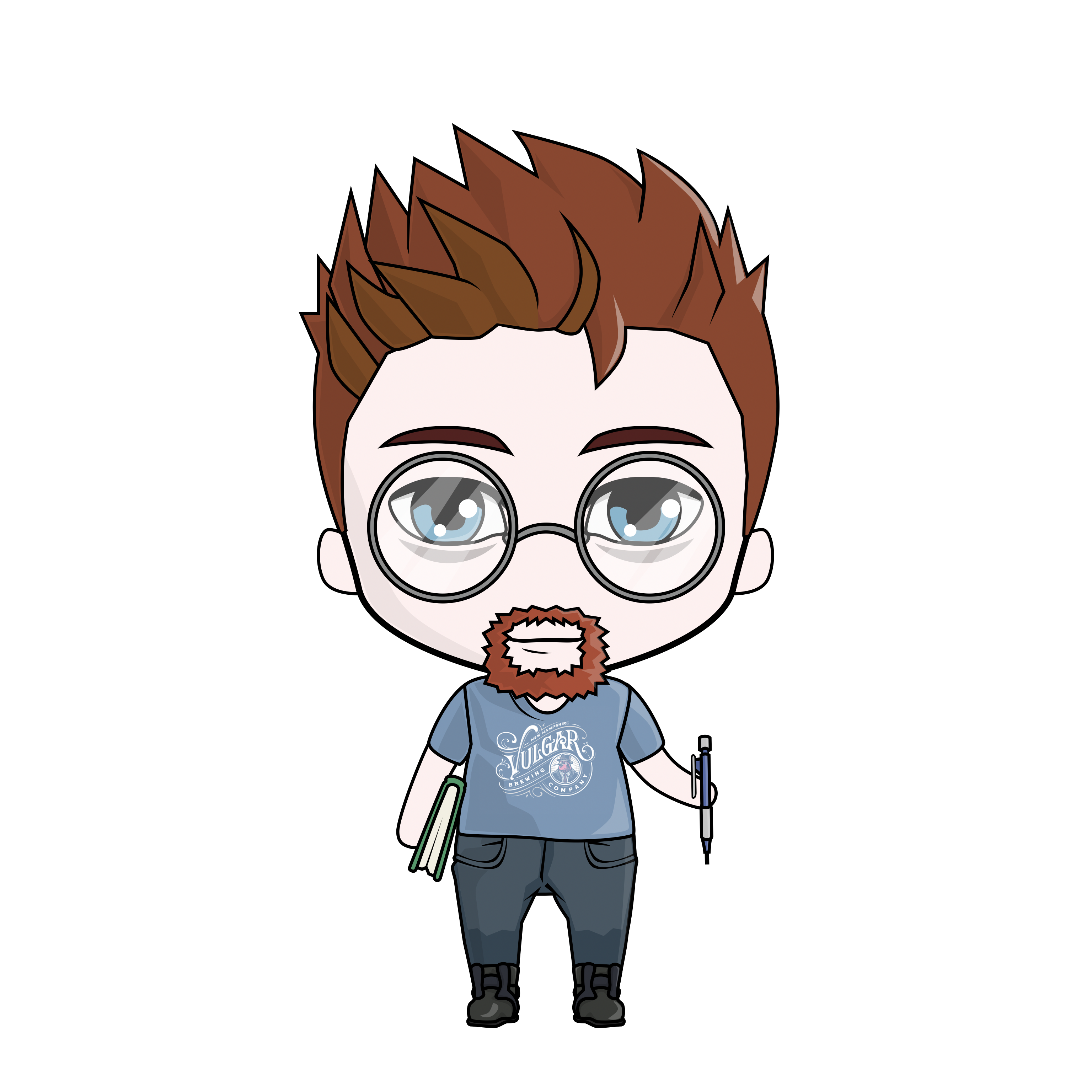 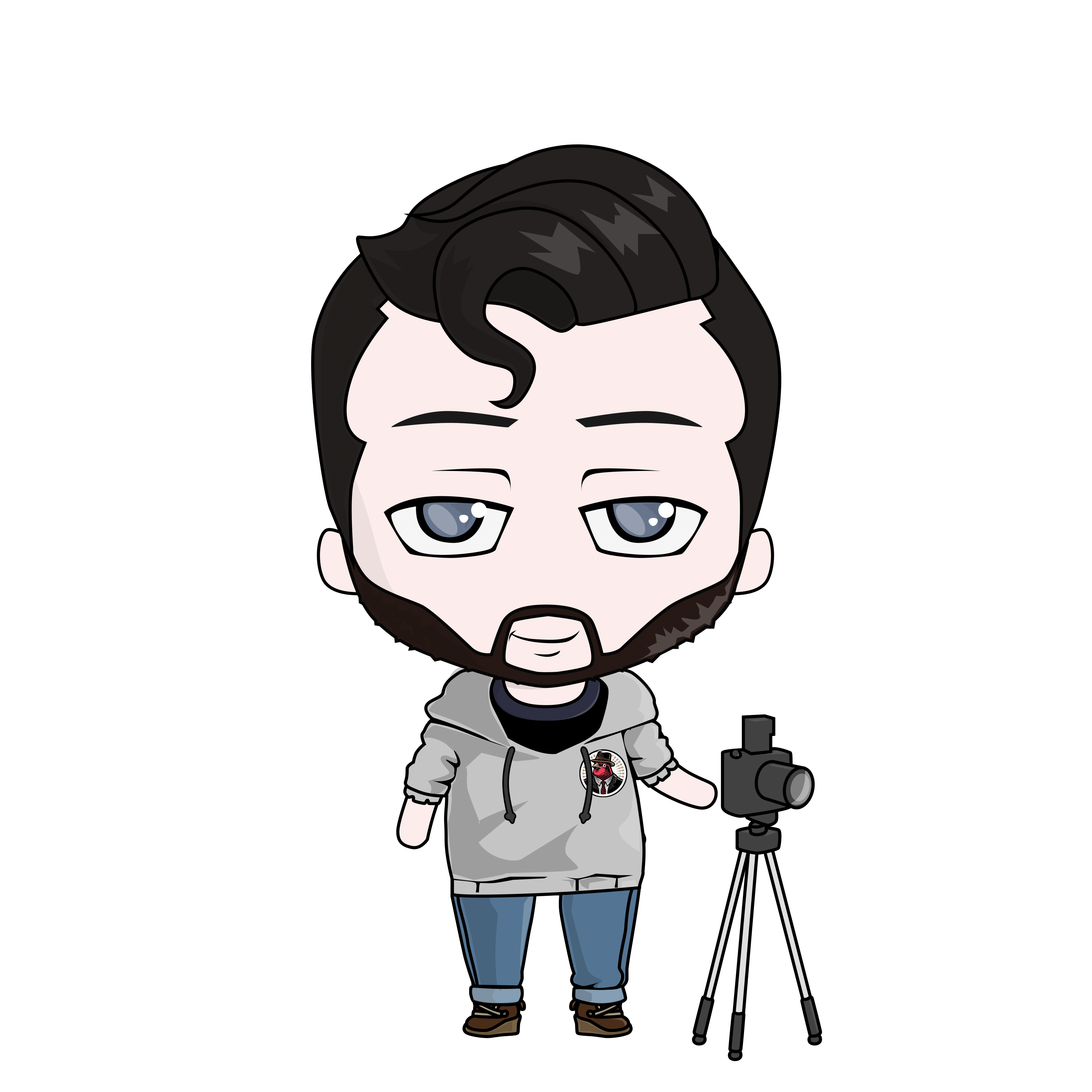 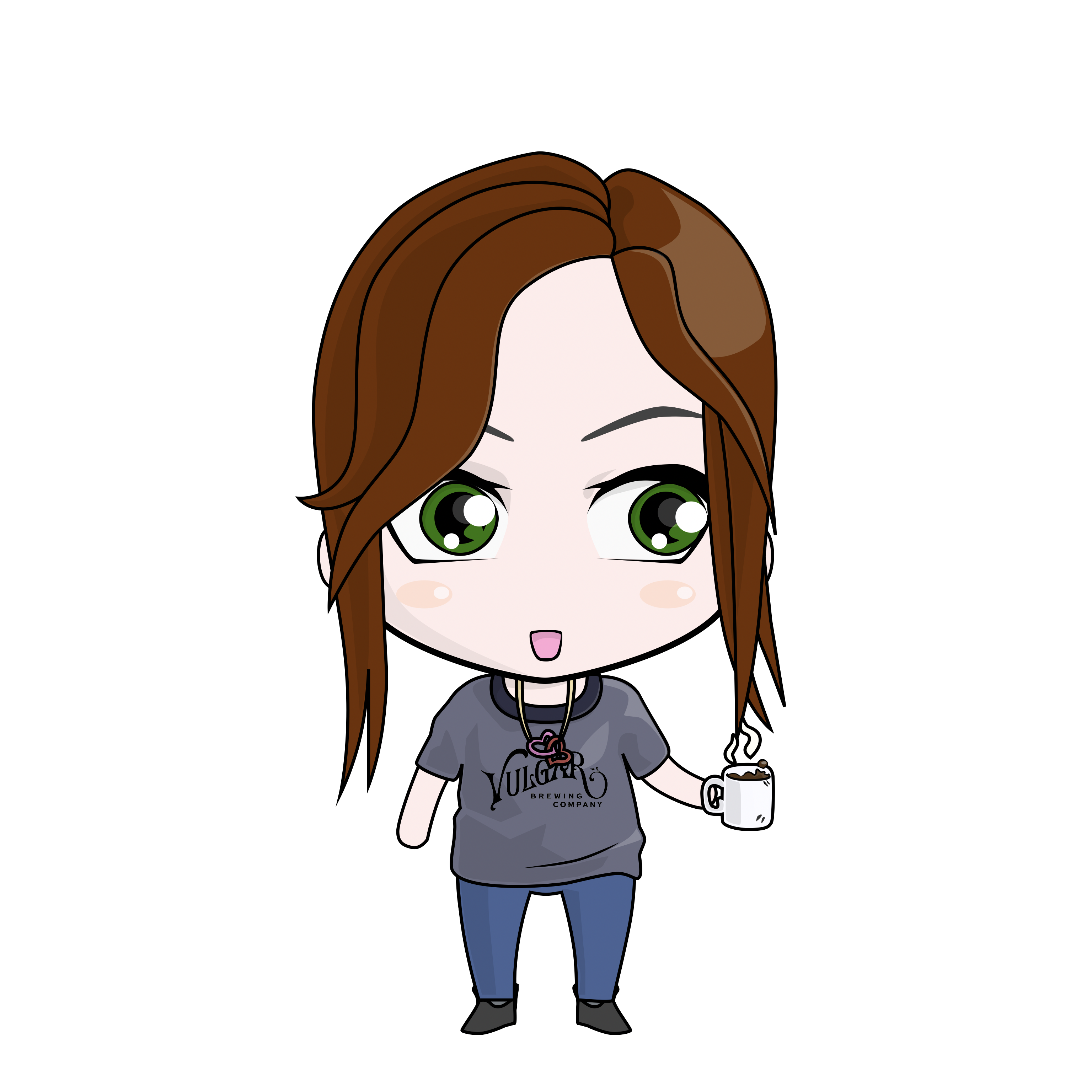 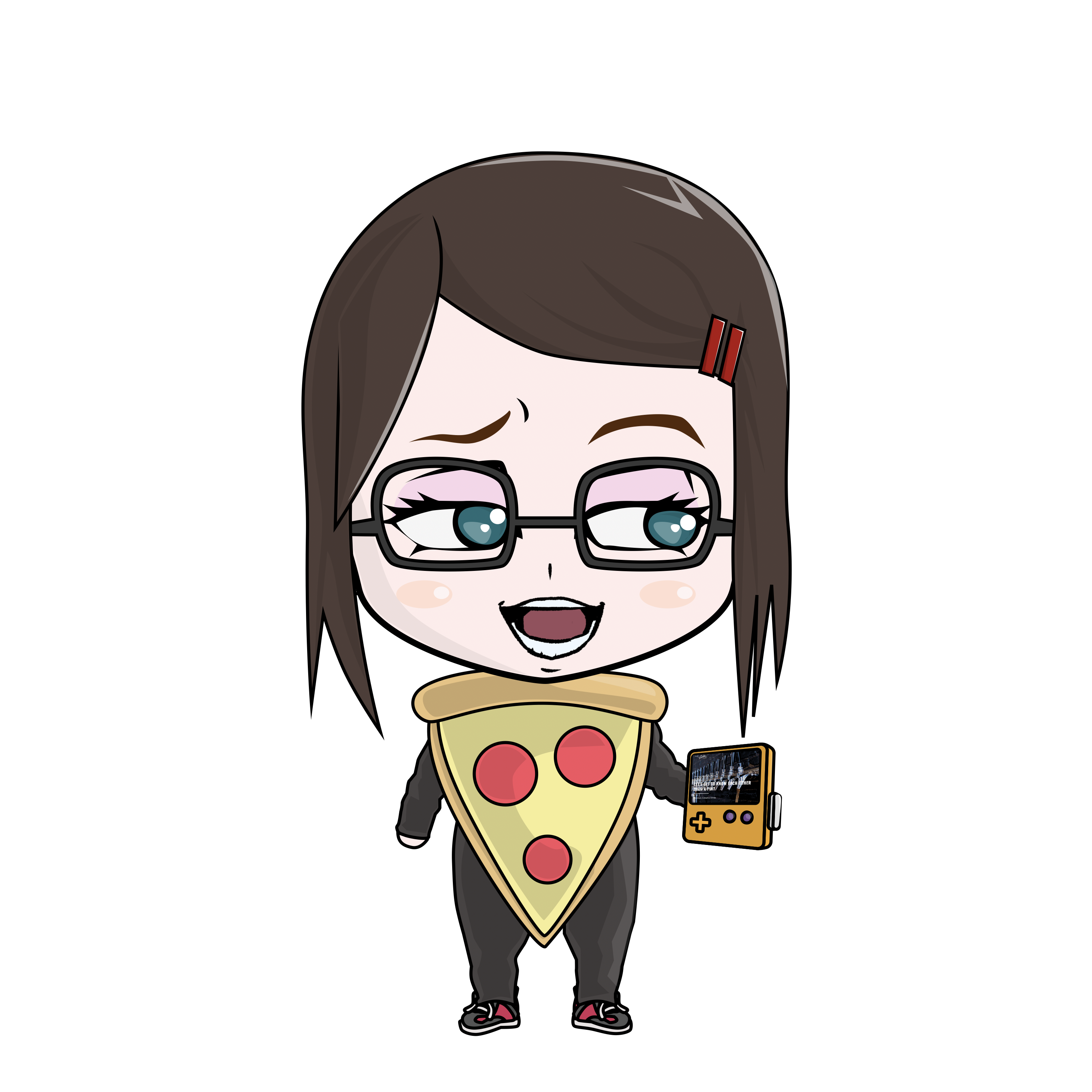